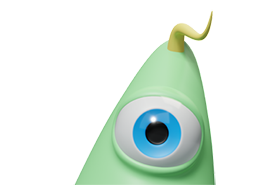 Create dazzling 3D titles for your videos with BluffTitler. Want to impress your friends and clients with cool 3D titles? But don’t want to spend a fortune on professional 3D animation and video titling software? BluffTitler is the easiest way to add spectacular 3D text animations to your photos and videos! Other 3D programs always seemed too hard to learn and too expensive to justify. But thanks to BluffTitler, I can finally create all of the cool animations I only dreamed of before!