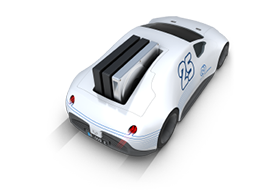 O&O Defrag 25 puts is a replacement for the standard Windows defragmenter, that offers a much advanced set of features. It puts fragmented files together and maximizes your system speed.

The program can defragment drives manually, or fully automatic in the background. As a result, that keeps your system at peak performance by avoiding build-up of file fragmentation. Also you can schedule the defragmentation jobs, using various criteria.

O&O Defrag 25 offers the increased performance up to 100%. If you spend a lot of time on your PC, slow system and program starts or system crashes while playing can be very frustrating. Periodic defragmentation often works wonders in bringing new life to a PC.

O&O Defrag now has Remote Desktop! With the integrated Remote Desktop you can help your family and friends anytime from anywhere direct on their machines!

The O&O Defrag 25 is integrated into the O&O Cloud IT Management solution – O&O Syspectr! With O&O Syspectr you have the optimal overview of your Windows settings and system status. You can control O&O Defrag and other tools easily over the Cloud. The newly integrated functions from O&O Syspectr are especially useful for customers with several machines. Also for owners of the Family Edition, who are not always sitting at home in front of each PC.

Searches for and removes temporary and unnecessary files that are taking up memory and increasing fragmentation. O&O DiskCleaner also increases the security of your data, as private content (e.g. Thumbs.db, copies of documents, drafts of emails, Dumps) will no longer be kept as copies in unnecessary system files.

Limited storage capacities are still prevalent in many notebooks today. O&O DiskStat offers a quick overview of how the hard drive is used. Users can easily search for files or folders that are taking up valuable disk space on the hard drive and slowing down your system. This versatile tool offers a Windows Explorer type intuitive interface and a variety of options to hunt for space wasters.

Deleting free space on hard disks for your privacy

Also you can use O&O Defrag to securely and permanently delete free space on your hard disks. This prevents identity theft and theft of your confidential files and documents because deleting files under Windows leaves traces of data still on the disks. By deleting them securely you stop them ever falling into the wrong hands. Simply let O&O Defrag Pro delete confidential files automatically after a disk defragmentation run!

Cannot wait to “unlock” it to use!