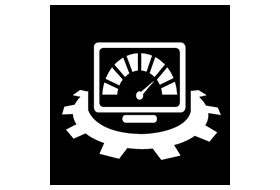 PassMark PerformanceTest 10 is a fast, easy to use, PC speed testing and benchmarking software for Windows. It allows you to objectively benchmark a PC using twenty eight different speed tests over six test suites, then compare the results to other computers.

PerformanceTest comes with six baseline results as well as the ability to search and download thousands more from PassMark online database of user submission. It also lets you use the advanced tests to create you own benchmark scenarios. In addition to the standard tests, there are 7 summary results plus the overall “PassMark Rating” result.

The benchmark results are presented as easy to read bar charts so that you don’t need to spend hours studying the number to know the result.

Timing for the tests is done using high resolution timers, which are accurate to approximately 1 millionth of a second on most PC’s.

The seven advanced testing windows allow experienced users to create their own test scenarios and conduct an in-depth analysis of their hardware’s behavior. Each advanced testing window allows the user to select from a number of parameters and when appropriate graph the results, export the results and measure the CPU load. By adjusting the input parameters is it possible to measure the optional performance under a variety of different scenarios.