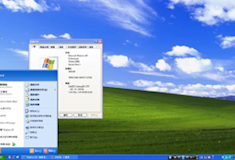 Incase you are having Application Error : The instruction at “0x7ffa0eb8” referenced memory at “0x7ffa0eb8 and some other system crash while surfing internet. You maybe been attack by worm and it is not memory failure or other hardware error.

This error only happening to WinXP SP2 here but not on WinXP SP3, i don’t know if any other OS is affected but microsoft is released a fix for this error. It was cause by the netapi32.dll (5.1.2600.3175) version that is vulnerable to worm attack. User with direct modem connection is the easiest user get attack and looks like user with router doesn’t get attack.

This security update resolves a privately reported vulnerability in the Server service. The vulnerability could allow remote code execution if an affected system received a specially crafted RPC request. On Microsoft Windows 2000, Windows XP, and Windows Server 2003 systems, an attacker could exploit this vulnerability without authentication to run arbitrary code. It is possible that this vulnerability could be used in the crafting of a worm able exploit. Firewall best practices and standard default firewall configurations can help protect network resources from attacks that originate outside the enterprise perimeter.