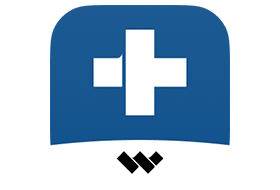 Wondershare Dr.Fone Toolkit is the solution to fix problems on your Android and iOS mobile devices. Various iOS and Android solutions are both available on the Windows and Mac platforms.

Dr.Fone automatically scans your iOS / Android device after connected to the computer. The program allows to preview and selectively recover messages, contacts and photos before recovery.

This software also lets you backup data on your iOS or Android devices easily and restore backup files selectively to any device.

In addition, the software can transfer the data between your iOS, Android and PC / iTunes. One click to transfer data between any two devices that run iOS or Android. You will able to transfer contacts, messages, photos, music, video, and more, etc.

With the ease-to-use interface, the program is ideal for single users or professionals. Even for parents who want to protect their kids from negative information.

The features are provided based on the market demands and technology characteristics of the iOS and Android operating systems. For example, the Root feature is exclusive to Android devices. And the Repair feature aims to fix iOS issues on your iPhone, iPad, or iPod touch.

Especially relevant: Before using this software, make sure that your phone can be switched on and detected by your computer. And the battery is not less than 20%.

This Version only cracked Recovery tool …
all other tools inside is not cracked .. such as Whatsapp Transfer