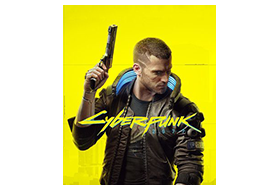 Cyberpunk 2077 is an open-world, action-adventure story set in Night City, a megalopolis obsessed with power, glamour and body modification. You play as V, a mercenary outlaw going after a one-of-a-kind implant that is the key to immortality. You can customize your characterâs cyberware, skillset and playstyle, and explore a vast city where the choices you make shape the story and the world around you.

Become a cyberpunk, an urban mercenary equipped with cybernetic enhancements and build your legend on the streets of Night City. Create your character from scratch and choose their background out of three unique Lifepaths. Take the role of a gang-wise Street Kid, freedom-loving Nomad, or a ruthless Corpo.

Enter the massive open world of Night City, a place that sets new standards in terms of visuals, complexity and depth. Explore the bustling megalopolis of the future and its extensive districts, each with exceptional visual flavor, inhabitants and chances to earn cash. Interact with members of powerful gangs who rule the streets of Night City.

Take the riskiest job of your life and go after a prototype implant that is the key to immortality. Guided by the legendary Rockerboy, Johnny Silverhand (played by Keanu Reeves), you will change the course of the corporate-ruled world forever. All this while listening to an intoxicating soundtrack from artists like Run the Jewels, Refused, Grimes, A$AP Rocky, Gazelle Twin, Ilan Rubin, Richard Devine, Nina Kraviz, Deadly Hunta, Rat Boy, and Tina Guo.

Does this version has included the patch 1.04?