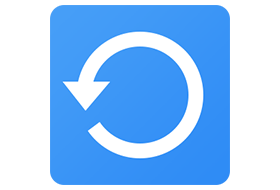 AOMEI Onekey Recovery is a software offering backup and restore system. You can use it to create a factory partition and store system, or you can backup system to external hard disk to save space of local disk. AOMEI OneKey Recovery Porfessional will protect your personal computer easily. Once you backup system successfully, It will generate shortcut-F11 or A, you can set one of them as shortcut to enter onekey recovery environment during computer startup. For the computers with EFI/UEFI boot, you can enter into the program to restore your system by using Windows Boot Menu. Of course, AOMEI OneKey allows you to configure how to display the boot menu by options.

Computer may fail due to system crashes, displaying either “Boot Failure” or “Operating system not found” errors. Most computer manufactures equip their products with a built-in system backup and recovery program, like Lenovo, Dell, ThinkPad, HP and Toshiba. However, their onekey tools can only be used on their own computer brand.

As a qualified onekey backup and recovery alternative solution, AOMEI OneKey Recovery supports all brands of computers (all Windows PCs and Servers). It enables you to easily backup system to factory partition or other location, which can be used to restore your computer to a previous backed up state by pressing “F11” (default) or “A” key during computer startup.

System Recovery
Restore your computer to its factory settings or a previously backed up state. It is the best way to return things to normal when a disaster happens. Support restoring system to original location or other location.

Quick Recover System
After backing up system, you can press a special keyboard button – F11 default or A key when your computer starts up to enter into Windows PE environment, and then automatically launch AOMEI OneKey Recovery.

Advanced Setting
AOMEI OneKey Recovery offers encryption and compression function during backup. It can save your disk space, and protect your data from hacking.