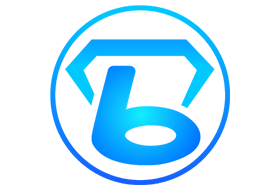 Blue-Cloner Diamond is powerful Blu-ray copy/burn/decryption/conversion software. It has all the features of Blue-Cloner plus the ability to burn data/video files to DVD or Blu-ray discs and rip Blu-ray movies to various video and audio formats for enjoying on popular media devices. It enables you to copy Blu-ray/4K UHD movies to blank Blu-ray discs or to the hard disk and convert 2D movies to 3D format. Besides, you can convert video files to DVD/Blu-ray video format for playback on various DVD/Blu-ray players. Give it a try and you’ll find your ideal multimedia solution!

Blue-Cloner 2021 is all new Blu-ray copy/backup/burn/decryption software which can copy Blu-ray movies, including 3D, to blank Blu-ray/DVD/AVCHD discs or hard disk as Blu-ray folders and ISO image files with just one or a few clicks. In addition, Blue-Cloner 2021 has been enhanced to copy 4K UHD Blu-ray to a blank Blu-ray disc with an UHD friendly drive, with Dolby Vision and the HDR10 video quality preserved.

Not fully silent cause the installer sucks