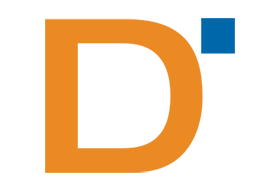 DymaxIO is fast data software. Whether on-premises or in the Cloud, DymaxIO returns 40%+ of your throughput that is being robbed due to I/O inefficiencies. It’s fast, easy, fully transparent, and automatic. Fix application slows, freezes, timeouts, slow SQL queries, reduce cloud compute costs, and more, at the source. Get your speed back now with new DymaxIO.

DymaxIO is fast data software. It is the most cost-effective, easy, and indispensable solution for increased throughput and accelerated I/O performance, so systems and applications run at peak speed. DymaxIO utilizes AI (artificial intelligence) to detect and deploy the appropriate performance enhancement technologies for the exact individual system so organizations can boost performance without overspending on hardware.

Condusiv guarantees that you will get better than new performance from systems using DymaxIO. If you want fast data, you want DymaxIO. No new hardware and no reboot necessary.

There are 2 severe I/O inefficiencies that cause performance and reliability problems.

First, is caused by the behavior of the Windows file system. It will tend to break up writes into separate storage I/Os and send each I/O packet down to the storage layer separately and this causes I/O characteristics that are much smaller, more fractured, more random than they need to be.

Second is storage IO contention, also known as the I/O Blender Effect, which happens when you have multiple systems all sharing the same storage resource, such as multiple VMs all sending small, random I/Os down through the same hypervisor.

Your performance is penalized twice by these storage I/O inefficiencies causing systems to process workloads about 50% slower than they should.

DymaxIO contains thin file system drivers, that installs (no reboot required) on Windows VMs or physical servers and performs optimizations inline automatically while running transparently in the background with near-zero overhead to the server. What little CPU cycles are needed to run at lowest priority so as not to interfere with server operations in the event that CPU cycles are needed by other applications or processes.

DymaxIO contains a suite of patented technologies that optimize the Windows Storage I/O subsystem so that applications can get to and from the storage layer much faster and process a lot more data.

Some organizations may react to performance challenges by throwing expensive new hardware at the problem. Overbuying and overprovisioning for more IOPS or data throughput might mask the underlying problem for a while, but it does not solve the root cause of performance issues. The quickest, most inexpensive, and least disruptive approach to more performance is simply installing DymaxIO fast data software on all of your Windows systems and watching performance problems disappear.

• Delivers accelerated I/O performance for Windows systems whether physical, virtual, or in the cloud

• Operates with true “Set It and Forget It®” management

• No reboot required. Simply install, allow 24 hours for algorithms to adjust, then pull up the dashboard after a few days to see the percentage of read and write traffic eliminated and resulting time saved

Whether on-premises or in the Cloud, DymaxIO contains a suite of patented technologies to accelerate your applications from VM or physical server to storage:

IntelliWrite is a patented write optimization technology that automatically prevents excessively small, fractured, random writes and reads that harms performance due to the severe inefficiency in the native hand-off of data between the Windows OS and underlying storage. [+ expand to read more] IntelliWrite write I/O optimization technology prevents excessively small, fractured I/O characteristics in real-time by providing file size intelligence to Windows to help it choose the best allocation at the logical disk layer when writing files. This intelligence ensures large, clean contiguous writes and subsequent reads in which maximum payload is carried with every I/O operation to and from the OS to underlying storage. Without IntelliWrite, the Windows OS just opts for the next available address at the logical disk layer, which is rarely, if ever, the right size. This inefficiency causes many more I/O operations to occur to/from underlying storage for any given file that should be optimally written and read with a single I/O operation. Since DymaxIO reduces the number of I/Os for any given workload, there are even fewer I/O operations being mixed and randomized at the hypervisor or SAN level, which combats the ill-effects of the “I/O blender” effect.

IntelliMemory is a patented read I/O optimization technology that intelligently caches hot read requests from server memory that is otherwise idle and unused. [+ expand to read more] IntelliMemory is a server-side DRAM read caching engine that dynamically leverages idle, available DRAM to target I/O that penalizes storage performance the most—small, random I/O. IntelliMemory’s behavioral analytics engine makes the best use of DRAM for caching by collecting usage data and I/O characteristics across a wide range of data points. By servicing I/O at the top of the technology stack from the fastest storage media possible, organizations reduce latency and further reduce the amount of I/O having to travel to storage, complementing the I/O reduction benefits from IntelliWrite.

InvisiTasking is a patented intelligent scheduling technology that allows all the DymaxIO “background” operations within the server to run with zero resource impact on current production by only leveraging idle CPU cycles and memory. Should other processes demand those resources, InvisiTasking ensures they are released without latency so there is never an issue of resource contention.

The “time saved” dashboard demonstrates the value by showing the amount of I/O traffic offloaded from storage, the percentage of read and write I/O traffic offloaded, and the resulting time saved to any one system or group of systems. [+ expand to read more] The Benefits tab shows “time saved” analytics such as Total I/Os Eliminated, Read I/Os Eliminated, Write I/Os Eliminated, Storage I/O Time Saved, Fragments Prevented and Eliminated, and Free Spaces Consolidated. The I/O Performance Monitoring tab reveals key performance metrics like IOPS, throughput and latency. It reveals the amount of workload processed on the local system for any given time period. It also provides important memory usage information like total physical memory and min/max/avg of available memory and how much of that was used for cache. This helps administrators fine tune memory allocations to get the most from the IntelliMemory DRAM caching engine. If there is not sufficient available DRAM, users are not getting the best performance possible from DymaxIO. The Analytics tab provides an hour-by-hour view for any time period to understand exactly what is happening on the local system related to key metrics like workload, read/write percentage, IOPS, throughput, I/O response time and benefits like write I/O reduction from IntelliWrite and read I/O reduction from IntelliMemory.

Reveals key performance metrics like IOPS, throughput and latency. It reveals the amount of workload processed on the local system for any given time period. It also provides important memory usage information like total physical memory and min/max/avg of available memory and how much of that was used for cache. This helps administrators fine tune memory allocations to get the most from the IntelliMemory DRAM caching engine. If there is not sufficient available DRAM, users are not getting the best performance possible from Diskeeper.

Provides seamless deployment and centralized management. Enjoy fast, non-disruptive deployment even in the most complex environments – No reboots required. Easy management across a wide range of environments and locations. I/O performance monitoring gives administrators visibility into key I/O metrics to explain workload behavior across different applications—greatly reducing the burden of troubleshooting and tuning for performance.

Monitors volumes to resolve critically fragmented files in real-time that are known to cause performance problems, making it SAN-friendly.

Technology engineered to rapidly defragment volumes with hundreds of thousands to millions of files.

These technologies are extensions to InvisiTasking that ensure optimizations occur using only available resources. As a result, DymaxIO avoids creating additional I/O that might interfere with workloads on the storage media being executed by other systems. This is Ideal for SANs or hypervisor-managed storage, where multiple VMs have the VDDs on the same physical disk or drive.

Resolves extreme file fragmentation issues that can cause the File Attribute List (FAL) to reach its maximum size limit and risk downtime in environments like MS Exchange, MS-SQL or some EHR applications.

DymaxIO installs on all Windows 64-bit virtual and physical systems:

DymaxIO is both hypervisor and storage agnostic. DymaxIO is compatible with any system that is compatible with Windows and improves the efficiency of all VMware ESX/ESXi, Hyper-V, and Xen platforms supported by SAN/NAS storage, Hyperconverged storage, local storage, SSDs, all-flash, or cloud storage like Azure or AWS.

Recommendation: Optimum results will not be achieved unless (1) systems have adequate memory and (2) the software is installed on each VM on the same host. Since each Windows VM generates a minimum of 30-40% unnecessary I/O traffic, it is imperative to install DymaxIO on all the VMs on the same host.

07 August 2020 –  Will update if have good working condition med in future. Just for testing. Comment  below how it compare to v-locity. I think this is a rename v-locity.

great work maaan! yes i have had v-locity. it seeems the same. hmm. i am testing this dymaxio now

https://vn-z.vn/threads/tong-hop-chia-se-huong-dan.3973/page-74#post-569662
some one from this forum cracked it maybe from cybermania can help us with this to put also here the full variant , thanks i tried to contact them but need 50 likes to message them

v-locity sometimes causes that pc cannot shutdown or hibernate. it tries and get back to desktop. when i manualy stop vlocity service everything works ok.