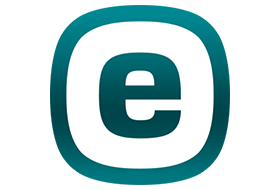 All ESET products currently use machine learning in conjunction with all of our other defense layers and have done so since 1997. Specifically, machine learning is used in the form of consolidated output and neural networks.

An additional layer protecting users from ransomware. Our technology monitors and evaluates all executed applications based on their behavior and reputation. It is designed to detect and block processes that resemble the behavior of ransomware.

ESET Network Attack Protection improves detection of known vulnerabilities on the network level. It constitutes another important layer of protection against spreading malware, network-conducted attacks, and exploitation of vulnerabilities, for which a patch has not yet been released or deployed.

Advanced Memory Scanner
ESET Advanced Memory Scanner monitors the behavior of a malicious process and scans it once it decloaks in memory. Fileless malware operates without needing persistent components in the ﬁle system that can be detected conventionally. Only memory scanning can successfully discover and stop such malicious attacks.

Protection for Linux servers
ESET provides installers for the most popular distributions of Unix-based systems, including the ‘Ready’ variations of RedHat and SuSE that comply with the File-System-Hierarchy standard. It requires no external libraries except for LIBC.

Office 365 OneDrive Storage
After registration is done on a single server, ESET has the ability to scan OneDrive to provide visibility and monitor the trusted source of company storage.