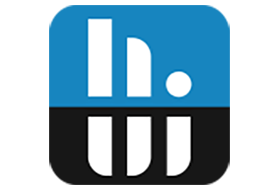 These tools are designed to collect and present the maximum amount of information possible about computer’s hardware. And makes them suitable for users searching for driver updates, computer manufacturers, system integrators and technical experts as well.

Retrieved information is presented in a logical and easily understandable form and can be exported into various types of reports.

HWiNFO also display information about our BIOS, ports, mainboard slots, and even System Enclosure, when it’s available. We ran the benchmarking tests on our CPU, RAM, and disk. The Results include a really neat Compare option that displays similar hardware with our results in ranked graphs.

The System Summary collects all the important stuff in one compact, efficient view. That include CPU and RAM use, graphics, drives, and clock timings. Aside from drop-down lists for selecting CPU or GPU cores or RAM modules, there are no controls on the System Summary, only data displays. The split view lets you move each interface separately. It can be handy for tweaking or troubleshooting with multiple open windows.

HWiNFO32/ HWiNFO64 is FREEWARE and updated frequently (daily) with recognition of new hardware, technologies and features.