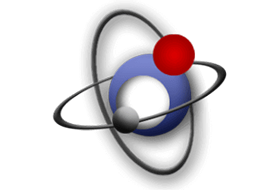 MKVToolNix is the one of the best collection of tools (mkvmerge, mkvinfo, mkvextract, mkvpropedit and mmg) for modifying MKV files.

The graphical user interface (GUI) of the program allows you to manipulate Matroska (MKV) files in several ways.

You can use those tools to create, split, edit, mux, demux, merge, extract or inspect Matroska files.

And more as well as some video codecs such as VP9 video codec support – reading from IVF, Matroska, WebM files, extract to IVF files.

Moreover the program can work with audio files such as AAC, FLAC, MP2, MP3, AC3, DTS/DTS-HD, Vorbis, RealAudio. And also work with most subtitle formats including SRT, PGS/ SUP, VobSub, ASS, and SSA.

It is a cross-platform application that will work on Microsoft Windows (both 32 and 64-bit versions), Apple macOS and Linux operating systems.

Here is also the portable version which does not require installation. You just need to start the function. It can also be stored on external devices and run on any computer you have access to.

* mkvmerge: HDMV PGS subtitles: mkvmerge now tries to detect bogus timestamps
(where the current timestamp is two hours or more after the previous
timestamp) & correct them to something more sensible (1s after the previous
timestamp). That way one bogus timestamp cannot cause the rest of the frames
to not be interleaved properly with the other audio & video
packets. Implemented for #3268.
* mkvmerge: added colour information, colour mastering meta information &
video projection information properties to the JSON identification
format. The properties are reported for container types for which mkvmerge
supports reading them (Matroska & MP4). The JSON identification format
version number has been bumped to v15.
* MKVToolNix GUI: multiplexer: added controls for all the video colour
information & the video projection information.

* mkvmerge: SRT reader: entries with a duration of 0 or less will now be
skipped. Fixes #3332.
* mkvpropedit, MKVToolNix GUI’s chapter & header editors: fixed an invalid
memory access when trying to update existing Matroska files whose EBML Head
element had a “size” field length of eight bytes, and where rewriting said
element would shrink the element by one byte. Files created by gstreamer fit
the first part whereas the second depends on the changes requested by the
user. Part of the fix of #3325.
* mkvpropedit, MKVToolNix GUI’s chapter & header editors: fixed the programs
not handling having to remove EBML void elements at the end of the file
correctly and consequently aborting. Part of the fix of #3325.
* MKVToolNix GUI: the GUI now uses almost all SVG icons, allowing proper
scaling even for scaling factors such as 125%. Fixes #3335.
* MKVToolNix GUI: when compiled with Qt 5 the character set of INI files is
forced to UTF-8 in order to fix reading INI files written by a version
compiled with Qt 6. Fixes #3346.