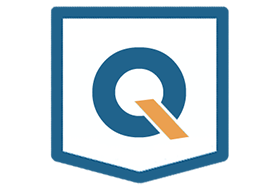 Quick Batch File Compiler is the world’s first optimizing compiler for batch files. The compiled program can be run in Windows Vista/7/8/10 without any restrictions. An .EXE file is much harder to casually reverse-engineer, so this could be a way to conceal a particular batch file’s operations from an end user. Content of your batch file will be encrypted and protected from changes.

Quick Batch File Compiler also lets you set various resources in the .EXE file, such as its description, the company name, version information and even the application icon. In additional, you may include any files to compiled exe file and use it during execution.

JIT (just-in-time) mode caches the result of compiling source code for reuse. This allows you to avoid re-parsing the script during the execution of cycles and significantly improves the overall performance. Depending on the complexity of the script, the execution speed may increase by 100% or even more. No other bat to exe compiler can provide a comparable level of performance. You can see performance measurements on the benchmarks page.

Since the source code is pre-processed, there is no need to save the script on the hard drive. This is the only compiler that does not create temporary files and provides maximum protection for your source code from viewing and modification. Is your current compiler capable of this?

If your script requires additional files for its work, then you can place them inside the executable file. Before starting the execution of the main script, these files will be extracted to the folder you specified and automatically deleted at the end of the work.

In accordance with industry standards, the compiler allows you to select a target architecture (x86 or x64), assign a file icon, specify version information and add a manifest. Like the previous version, the compiler can create Ghost applications without a DOS window.

The code editor supports syntax highlighting for built-in commands and can open context-sensitive help for individual commands. All project settings are saved inside the script as a block of comments and can be easily changed. If necessary, you can start compiling from the command line.