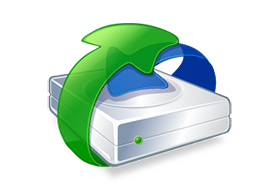 R-Studio is a family of powerful and cost-effective undelete and data recovery software. Empowered by the new unique data recovery technologies, it is the most comprehensive data recovery solution for recovery files from FAT12/16/32, NTFS, NTFS5 (created or updated by Windows), HFS/HFS+ (Macintosh), Little and Big Endian variants of UFS1/UFS2 (FreeBSD/OpenBSD/NetBSD/Solaris) and Ext2FS/Ext3FS (Linux) partitions.

It functions on local and network disks, even if such partitions are formatted, damaged or deleted. Flexible parameter settings give you absolute control over data recovery.
The R-Studio data recovery software was originally developed for use by data recovery experts, system administrators, IT professionals, and advanced and experienced computer users. Some of R-Studio’s features were even designed exclusively for computer forensic experts, and most R-Studio users don’t need every single feature of the software. Because of the many features presented in R-Studio, there may be inexperienced users who find its interface and abundant functionality a bit confusing. We’ve actually tried to simplify the software interface as much as possible and have included a detailed Help Manual with the product. However, we recommend to those who still feel uncomfortable with the software after reading the Manual that they start their data recovery experience with the R-Undelete file recovery tool. Its three-step wizard-oriented user interface provides an easier way to perform ordinary data recovery tasks without any compromise to their efficiency. It’s the best choice for basic and some advanced data recovery needs. Below you may compare the main features of R-Studio and R-Undelete.

R-Studio utilities recover files:
• Deleted without Recycle Bin, or when Recycle Bin has been emptied;
• Removed by virus attack or power failure;
• After the partition with the files was reformatted, even for different file system;
• When the partition structure on a hard disk was changed or damaged. In this case, R-Studio utilities can scan the hard disk trying to find previously existed partitions and recover files from found partitions.
• From hard disk with bad sectors. R-Studio Data Recovery Software can first copy the entire disk or its part into an image file and then process such image file. This is especially useful when new bad sectors are constantly appearing on the hard disk, and remaining information must be immediately saved.

R-Studio Data Recovery Features :
Standard Windows Explorer – style interface.
Host OS: Windows 2000, XP, 2003 Server, Vista, 2008 Server, Windows 7, Windows 8/8.1, Windows Server 2012.
Data recovery over the Network. Files can be recovered on network computers running Win2000/XP/2003/Vista/2008/Windows 7/8/8.1/Windows Server 2012, Macintosh, Linux, and UNIX.
Supported file systems: FAT12, FAT16, FAT32, exFAT, NTFS, NTFS5, ReFS (a new file system introduced in Windows 2012 Server), HFS/HFS+ (Macintosh), Little and Big Endian variants of UFS1/UFS2 (FreeBSD/OpenBSD/NetBSD/Solaris) and Ext2/Ext3/Ext4 FS (Linux).
Scan for Known File Types (raw file recovery): if the disk file system is heavily damaged or unsupported, R-Studio searches for specific data patterns (“file signatures”) typical for certain file types (Microsoft Office documents, jpgs, etc.). Such known file types can be custom-defined.
Recognition and parsing of Basic(MBR), GPT, and BSD (UNIX) partitions layout schema, and the Apple partition map. Support for Dynamic volumes (Windows 2000-2012/8.1) over MBR and GPT.
Support for Windows Storage Spaces (created by Windows 8/8.1 and 10), Apple software RAIDs, and Linux Logical Volume Manager (LVM/LVM2). R-Studio can automatically recognize and assemble the components of these disk managers even if their databases are slightly damaged. Their components with severe corrupted databases can be added manually.
Damaged RAID recovery. If the OS cannot recognize your RAID, you can create a virtual RAID from its components. Such virtual RAID can be processed like a real one. Standard RAID levels supported: 0, 1, 4, 5, 6. Nested and non-standard RAID level supported: 10(1+0), 1E, 5E, 5EE, 6E. Support for parity delays in all applicable levels. Support for customer-specified RAID layouts.
Automatic RAID parameter recognition.R-Studio can recognize all RAID parameters for RAID 5 and 6. This feature helps the user to solve one of the most difficult problems in RAID recovery.
Creates IMAGE FILES for an entire Hard Disk, Partition or its part. Such image files can be compressed and split into several files to put it on CD/DVD/flash or FAT16/FAT32/exFAT. Then the image files can be processed like regular disks.
Data recovery on damaged or deleted partitions, encrypted files (NTFS 5), alternative data streams (NTFS, NTFS 5).
Recovering data if:
FDISK or other disk utilities have been run;
VIRUS has invaded; FAT is damaged; MBR is destroyed.
Recognizes localized names.
Recovered files can be saved on any (including network) disks accessible by the host operating system. Recovered files may be saved on a disk on a connected remote computer rather than be transferred over network to the local one.
File preview to estimate recovery chances. Most of the file types can be previewed even when their applications are not installed.
File or disk content can be viewed and edited with the advanced hexadecimal editor. The editor supports NTFS file attribute editing.
S.M.A.R.T. attribute monitoring. R-Studio can display S.M.A.R.T. (Self-Monitoring, Analysis and Reporting Technology) attributes for hard drives to show their hardware health and predict their possible failures. Any unnecessary work with such hard drives should be avoided if S.M.A.R.T. warnings appear.
Integration with DeepSpar Disk Imager, a professional HDD imaging device specifically built for data recovery from hard drives with hardware issues. Such integration provides R-Studio with a low-level fine-tuned access to drives with a certain level of hardware malfunction. Moreover, it allows disk imaging and analyzing be performed simultaneously. That is, any sector R-Studio accesses on the source disk will be immediately cloned to a clone disk and any other data recovery operation will be made from that clone disk avoiding further deterioration of the source disk and great reduction in processing time.

Special thanks to diakov release