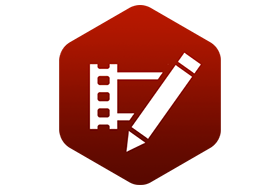 Catalyst Prepare paves your path from camera to post with robust organizational tools, precise first-pass color correction and monitoring, extensive metadata support, and more. Catalyst Edit provides a lean, focused video editing environment that makes your cutting process fast and fluent.With support for 4K, Sony RAW, and HD media, the Catalyst Production Suite gives you the power to make the most of your camera’s high dynamic range and wide color gamut as well as the stunning resolution of 4K from beginning to end.

The Catalyst Production Suite workflow
With strong family support, you can accomplish amazing things. The Catalyst family provides powerful media prep and focused, fast editing that you can rely on to translate the vision in your head to an experience that moves your viewers.

Post production
In Catalyst Edit, turn your beautiful footage into a polished, finished product. To save time, access your Catalyst Prepare libraries directly and cut your project together quickly and creatively. The focused toolset gives you quick access to all the essential cutting tools as well as effects, titling, and other tools to bring your production from imagination to screen.

Remark: Big thanks to GreenGnom crack …..