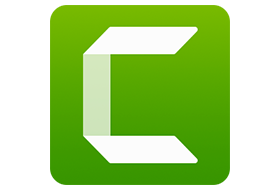 Since driver and system updates are constantly developed to reduce the possibilities of errors to occur, applications might need to be rooted to your system and registries so they can keep up the pace. However, with the help of utilities like Spoon Virtual Application Studio you can combine files needed to make an app run into a package that is ready for use without deployment.

Work fast with a customizable wizard
In case you don’t want to spend too much time with configuring files needed for packing content, you can run a wizard with several options available. The wizard enables you to quickly build a virtual application from provided or downloaded media, scan your desktop for applications and choose the one to process, handle third-party apps using a snapshot, as well as manually configuring wizard settings.

Manually set deployment options
Additionally, you can dive directly into the abundance of features the main window gives you access to. A side panel lets you navigate through major areas such as filesystem, registry, settings, components, setup, as well as expiration. Depending on the chosen category, your workspace provides a large variety of dedicated settings.
You are able to insert new files you consider need to be included in the package. What’s more, isolation can be set either to full or merge, with the possibility to also hide components, make them read only or disable synchronization.

Easily include required components
Switching to the registry tab lets you add values and keys or modify existing ones so that the application you want processed does not need to change the host registry. All settings and files can easily be bundled up in a basic MSI setup package that deploys your custom settings, as well as file associations and shortcuts on the target computer.
Furthermore, the application lets you select a runtime environment your product is dependent of, snatching system configurations so it won’t require them on the PC it is deployed. Once finished, a few clicks create the setup package in a custom directory.

A few last words
Taking everything into consideration, we can say that Spoon Virtual Application Studio promises and manages to change the way your applications are deployed. It can be used to eliminate the need for any other third-party requirements or simply migrate whole applications and ongoing projects to a new machine.

Thanks to flash13 (nsane) sharing