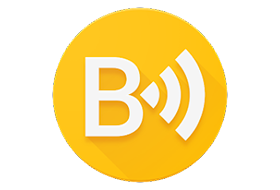 Stream all your music, videos and photos to various devices in your house.


BubbleUPnP can access your media from a lot of sources, including:

BubbleUPnP is a versatile app packed with many features for you to discover, some of which are:

* Only possible from the PS3 or PS4 interface

** Some features are provided by BubbleUPnP Server, an optional software that can be installed on any machine on your local network to provide additional services.

Some features are restricted and can be unlocked by purchasing the BubbleUPnP License app.

What’s New:
3.6.7
added extraction of track technical info (samplerate, bitdepth, …) on track playback if it is missing from browsing metadata, for displaying in the Now Playing tab. Done only if it can be performed quickly (within 1 second) to not delay playback
added “Audio Cast” toggle in the Devices tab, the alternate way to select renderers/libraries (More > Gear icon > Look and Feel > Show Devices tab)
if Android stock battery optimization is enabled for the app, shows once on app startup a dialog explaining how to (optionally) disable it. ‘More > Gear icon > Disable system battery optimization’ shows the same dialog. Disabling battery optimization for BubbleUPnP can be important for the app to work properly in the background and when screen is off
if download (or all) notifications are disabled in Android settings for BubbleUPnP, display a toast message when a download starts/ends as fallback
fixed possible app crash on Samsung Android 12 devices when playing to bluetooth
fixed DSD tracks not played natively as such on Samsung Android devices
fixed playing Audio Cast as LPCM (and decoding to LPCM in general) to Denon renderers possibly resulting in white noise. Now outputs WAV as default format for these renderers, when decode to PCM is performed
fixed failure to play some HLS streams with “Cannot play: HLS stream requires authentication” error wrongly displayed
fixed failure to play HLS streams shared to BubbleUPnP from the Stremio app
fixed playing some specific Qobuz tracks to Auralic Aries renderer crashing the Aries
fixed failure for OpenHome Control Points to display album art of TIDAL tracks when controlling an OpenHome renderer managed by BubbleUPnP Server
added russian translation
updated some libraries used to build the app