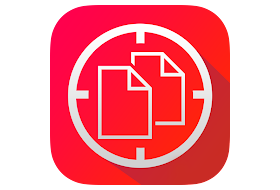 Imagine you’re travelling abroad and need to rely on a dictionary for translating the language. Imagine you come across a document that is in Spanish or Japanese and you can’t quite decipher it. What if you simply get a copy of a text or a video that needs to be translated. You need a text translator app, and Scan & Translate is here for you.

FEATURES of the picture translator scanner

How to use Scan & Translate

Scan & Translate will translate anything for you all you have to do is click a couple of buttons on your phone screen. This is your personal Spanish translator if you ever go to Spain; no need for a Spanish app. Except this word translator will accompany you to any country!

Download Scan & Translate now and know your apple from your orange with your personal image translator app.

For full access to the Scan & Translate app and all language change features you will need to allow access to the following:
*Camera – scan translates everything around you
*Photos – translate pictures in your gallery

Sorry to Tell NOT WORKING on 7.0 Android