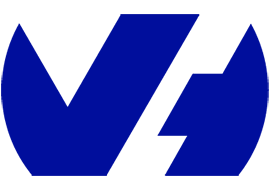 In a major unprecedented incident, data centers of OVH located in Strasbourg, France have been destroyed by fire.

OVH is the largest hosting provider in Europe and the third-largest in the world. The cloud computing company provides VPS, dedicated servers, and other web services.

Customers are being advised by the company to enact their disaster recovery plans after the fire has rendered multiple data centers unserviceable, impacting websites around the world.

OVH, the world’s third-largest and Europe’s largest hosting provider has been impacted by a disaster.

Its French data centers, SBG1, SBG2, SBG3, and SBG4 located in Strasbourgh were shut down to contain the damage from a fire that started in SBG2.

A statement provided by OVH on their status page reads:

We are currently facing a major incident in our DataCenter of Strasbourg with a fire declared in the building SBG2.

Firefighters were immediately on the scene but could not control the fire in SBG2.

The whole site has been isolated, which impacts all our services on SBG1, SBG2, SBG3 and SBG4.

If your production is in Strasbourg, we recommend to activate your Disaster Recovery Plan.

All our teams are fully mobilized along with the firefighters.

As a result of this incident major customers of OVH state their web services are inaccessible.

Deribit has clarified to BleepingComputer that the outage only impacted their docs and blog sites and that the exchange was never down.

For videogame maker Rust, the incident has led to a total data loss leaving no way for recovery.

“We’ve confirmed a total loss of the affected EU servers during the OVH data centre fire. We’re now exploring replacing the affected servers. Data will be unable to be restored,” the game developer tweeted.

LOL, wtf are those idiots doing? How do they not have a working fire system?

their hosting is really cheap for unlimited… france server is best server for OVH ..