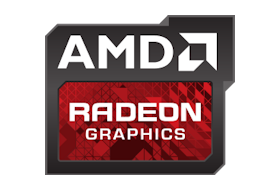 Designed to provide you with a clean, modern and easy-to-use interface where you can quickly access the latest software features, game stats, performance reports, driver updates, and much more – all from one convenient location. Take advantage of the ALT+R hotkey to open AMD Software: Adrenalin Edition directly in-game, making it even more convenient and easy to adjust your favorite features and get a fantastic gaming experience.

When AMD introduced Radeon™ Software as a successor to our Catalyst Control Center back in 2015, our software was still primarily a graphics control panel designed to allow users to adjust various settings related to their graphics card. Over the past few years, we have been steadily introducing more features that go beyond graphics control, adding new capabilities like AMD Ryzen™ processor-specific tools such as CPU monitoring and overclocking, as well as platform-level controls for technologies like AMD SmartShift and AMD Smart Access Memory™ technology1. We felt that our existing AMD Radeon Software brand no longer portrayed what our software was ultimately capable of, and so with this release, we are introducing a new brand for our feature-rich application, called AMD Software: Adrenalin Edition.

We continue to focus on driver stability, with more stringent testing to ensure you get the best experiences possible. Over the past year, we have introduced new and improved ways for you and other users to report issues and we have also implemented tools into the driver such as the AMD Crash Defender to help keep your system running in the rare event you run into a problem.  We encourage you to submit any issues you may have by using the AMD Bug Report Tool, and we will work diligently to try and resolve those issues and further refine our drivers.

While stability may be our top priority, performance and user experience follow closely. We are excited to introduce the new Radeon Super Resolution (RSR) technology2 today. RSR is our in-driver upscaling feature available for users running AMD Radeon™ RX 5000 series discrete desktop graphics and newer, powered by our AMD FidelityFX™ Super Resolution (FSR) technology3. For those who do not know, FSR is our upscaling technology which was first introduced last June that developers could integrate into their games. FSR renders games at lower resolutions, then upscales the image to fit your screen and applies a unique algorithm that delivers super high-quality edges and details, providing you with extra performance with little to no impact on visual quality at the highest quality FSR settings. FSR is free and easy for developers to implement – in fact, it’s so easy that over 80 games have been announced to support or will be supporting FSR in the first 9 months since our launch.

However, we know there are thousands of games out there waiting for upscaling technologies to do their magic and elevate gaming performance, and this is where Radeon Super Resolution comes in. RSR takes FSR and bakes it into our driver software, allowing you to enable it across more of your games.

Elevate Performance Across Thousands of Games

Reduces lag by intelligently controlling the queuing of CPU work ahead of GPU work in DirectX ® 9, DirectX® 11 and DirectX ® 12 games
A gaming monitor displaying the AMD Battle Arena in Fortnite.

A variable refresh rate technology that delivers a fluid, tear-free experience and provides quicker responses to the screen

Producing visuals that look crisp and detailed, with virtually no performance impact.

Replay Retro Games the Way You Remember Them.

AMD FidelityFX is our open-source image quality toolkit comprising of eight different solutions available for developers to implement into their games that are optimized for AMD RDNA™ and RDNA™ 2 architectures. FidelityFX helps deliver ultimate visual quality with minimal performance overhead, freeing up your graphics card to power the incredible gaming experiences you demand.

Important Note for Laptop and All-In-One (AIO) PCs
AMD recommends OEM-provided drivers which are customized and validated for their system-specific features and optimizations.
If you experience issues using the Radeon™ Software Adrenalin driver package downloaded from AMD.com, please install the OEM-provided drivers for full support and compatibility.