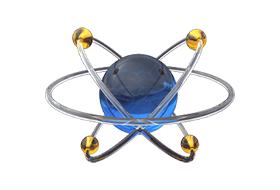 Proteus combines ease of use with powerful features to help you design, test and layout professional PCBs like never before. With nearly 800 microcontroller variants ready for simulation straight from the schematic, one of the most intuitive professional PCB layout packages on the market and a world class shape based autorouter included as standard, Proteus Design Suite 8 delivers the complete software package for today and tomorrow’s engineers.

VSM Simulation
The Proteus Design Suite is wholly unique in offering the ability to co-simulate both high and low-level micro-controller code in the context of a mixed-mode SPICE circuit simulation.

Curved Route Editing: The editing of curved routes has been overhauled to work in a similar way to linear routes. Curved corners can be dragged to enlarge or contract their radius and straight segments between curves can be dragged exactly like linear segment dragging.

Linear Route Editing: Various improvements to segment dragging, node dragging and small segment removal. The goal of all editing is to maintain 90 and 45 degree segments as this both enables future segment drag editing and software tidy operations.

Via Dragging: Via dragging is a special case since you don’t often move by a large amount and any direction will often do. Considerable work has taken place to maintain editable routing following a user via drag.

Curved Mitring: Routes can now be switched between linear and curved mitring either individually, on a selected group or globally. This again depends on the routes maintaining 45 and 90 segments when linear.
Additional Layers: The layering system has been upgraded to include:
An additional four mechanical layers.
A dedicated slot layer.
Dedicated top and bottom assembly layers.

In previous versions you specified which mechanical layer to specify as the slotting layer. When imported into 8.15 the contents (if any) of this specified layer will be moved automatically onto the new slotting layer.