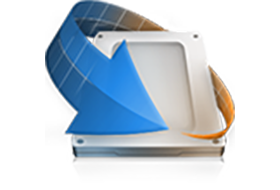 Condusiv’s SSDkeeper™ Server guarantees to solve the toughest performance problems on physical servers with faster than new performance, or your money back for 90-days – no questions asked. SSDkeeper’s patented write optimization prevents excessively small, fragmented writes that rob the performance and endurance of SSDs.

SSDkeeper ensures large, clean contiguous writes from Windows, so maximum payload is carried with every input/output (I/O) operation. By eliminating the “death by a thousand cuts” scenario of many, tiny writes and reads that slow system performance, the lifespan of a SSD is also extended due to significant reduction in write amplification issues that plague all SSD devices.

SSDkeeper electrifies Windows system performance further with an additional patented feature – dynamic memory caching. By automatically using idle, available DRAM to serve hot reads, data is served from memory which is 12-15X faster than SSD and further reduces wear to the SSD device. Systems with just 4GB of available DRAM commonly serve 50% of read traffic. The real genius behind SSDkeeper’s DRAM caching engine is that nothing has to be allocated for cache. SSdkeeper dynamically uses only what is available at any given moment and throttles according to the need of the application, so there is never an issue of resource contention or memory starvation. SSDkeeper is “set and forget” software that operates silently in the background, performing all optimizations automatically with near-zero overhead.

SSDkeeper provides the same core patented functionality as Diskeeper 16 minus the defragmentation options that are only applicable to hard disk drives.

SSDkeeper’s intelligent resource monitoring, InvisiTasking®, ensures all optimization occurs without hampering system resources, so servers can operate at full production while SSDKeeper runs quietly in the background. InvisiTasking monitors resource consumption on a Windows system (storage, memory, network and CPU usage) and only uses resources that are otherwise idle, so SSDkeeper runs invisibly with no intrusion on system resources. With SSDkeeper, optimization is proactive, continuous and seamless.

SSDkeeper Server contains a toolkit of proactive and highly-efficient technologies: 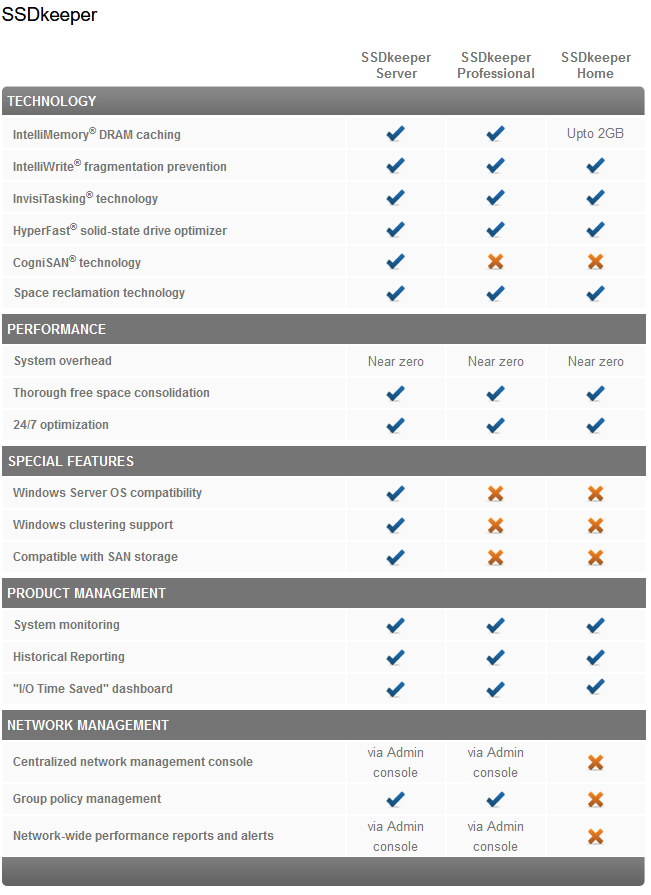 SSDkeeper™ requires 250MB of available space. IntelliMemory caching requires a minimum of 3GB of memory on the system and at least 1.5GB of idle, available memory before caching will initiate.

SSDkeeper requires .NET 4. If .Net 4 is not installed on your system, SSDkeeper will attempt to download and install it for you. A reboot is required after installation.