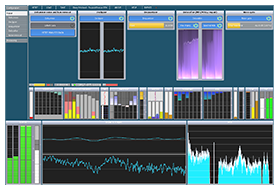 Special Repack from CRUDE keygen and crack…. Salute the CRUDE

Sadly the standalone version 9.90 does not have the composite cliper patched… It would be nice if someone have a look at it…

The standalone vst seems to lose its ‘license’ after restarting or changing a preset but I’m not gonna complain about it. THANK YOU for posting! 🙂

Tried different installs. Reaching and using the elements goes very well but after 24 hours of running the ‘stereo tool commercial’ still pops up, in the audio. Still thank you very much for the efforts to get it working properly !!

What do you thing about OPTIMOD-PCn 1600 Audio Processing Software, is possible cracke it?

Hello Team,
Why’s there an announcement playing every 4 or 12 hours?

if you are talking about the x64 version.. it is a fail cracked… use old version if you need 64bit badly.. x86 is ok

I’m using the DSP. Kindly help me out on which the announcement is not available, is it on 86x VST?

Everything work fine ( x64 DSP version ) i use it with RadioBoss … Had problem with invalid license, because i didn’t register DSP license and block it in firewall 🙂

Soo crack/patch/keygen WORK you just need to be smart enaf to figure out what IP to block, then your license will WORK and settings will SAVE 🙂

Thank you so much. I tried RB 32x with DSP and it got registered but the announcement is yet there. Any guesses please? Unless only 64X DSP is working fine with RB without announcement is it? Kindly help me on selecting the correct DSP file. Hope you are referring to version 9.91. Thank you 🙏

How do I fix the license reseting after I restart the VST?

If anyone is interested, I have MPXTool 3.19.52 at this link: https://krakenfiles.com/view/fGvcQu1yb7/file.html

This download 9.91 DSP has No presets and will not show what current preset is being used. The 9.90 download here seems to be fine. Hopefully the 9.91 can be fixed?

it is not perfectly cracked.. use older version until next new patch available else buy 😀

no problem. I figured likely. Just wasn’t sure if it was me

FM Composite Clipper still is not patched, which is actually quite essential. Hope this can be fixed as well.
THX anyways!

how can we do that?

Tried that already, but even without an Internet connection to the computer it will play an advertisement after 4 hours up-time. This only happens with composite clipper enabled. BTW I’m using standalonle version, not a plugin.
It happens both for x86 and x64 versions up to and including v9.92.

and if we close composite clipper the advertisement wont play anymore? i am using standalone version to