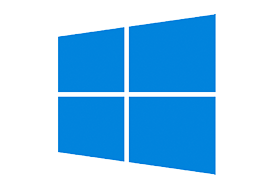 Microsoft is rolling out the next version of Windows 10 called “20H2” and the update is available for those who manually check for updates using the Settings app.

20H2 Update is not a huge release and it does not bring a major overall to key features of Windows 10, but Microsoft says this update comes with a lot of improvements that should improve overall user experience.

Microsoft is rolling out the feature update via an enablement package that allows you to update your system very quickly with a single reboot.

The features of Windows 10 version 20H2 are already included in Windows 10 May 2020 Update and enablement package is a “master switch” that would simply turn on dormant features, such as the new Start Menu.

To get the update via enablement package, Microsoft says users should be using at least the September 2020 cumulative updates. Once you’ve installed the cumulative updates, simply head to Settings > Update & Security and begin the download by clicking ‘Download & install now” button.

This feature update will ditch the colored backgrounds live tiles in the Start Menu for partially transparent theme-aware tiles. These new tiles are supposed to match the look and feel of the new Fluent Design system.

“We are freshening up the Start menu with a more streamlined design that removes the solid color backplates behind the logos in the apps list and applies a uniform, partially transparent background to the tiles,” Microsoft said.

Microsoft Chromium edge is now the default web browser on Windows 10 and it replaces the classic UWP Edge. Chromium Edge will be pre-installed on all devices that will ship with October update or newer.

Currently, Microsoft is pushing new Edge browser through the Windows Update. Starting with October 2020 Update, Chromium Microsoft Edge will be integrated directly into the operating system for the first time.

In May 2020 Update or older, Alt + Tab app switcher of Windows 10 allows you to switch between the open windows of your apps (UWP or Win32), but after the October Update, Microsoft says it will show your Edge tabs right alongside the app windows.

System settings About page is getting better

In 20H2 update, all your information found in Control Panel’s System applet will be migrated into the ‘About’ Settings page under Settings > System > About.

This new About page now allows you to copy your system information to the clipboard, which means that you can now easily share your information with Microsoft tech support for debugging.

Thanks cybermania! already bookmarked on this