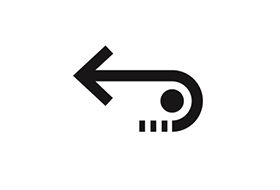 The RAID recovery software uses powerful algorithms to automatically match patterns and identify the RAID parameters. It can rebuild probable RAID even if the parameters set to the RAID configuration are not known after the user selects the ‘Don’t know’ checkbox along with specifying the possible values for Strip Size, Parity Order, and Parity Delay, etc.

The tool creates bootable USB media to recover data from crashed Windows system that fails to boot. This advanced feature enables recovery in data loss situations when a Windows PC supporting a RAID array fails to load the operating system and doesn’t boot. The bootable USB media boots the system, thus allowing to recover the data.

Recovery from Storage Drive that has Bad Sectors

Stellar Data Recovery Technician creates image hard drive that has bad sectors and recovers data by scanning the media image. Data recovery from hard drive image is faster and safer, considering that physical storage media may crash while being scanned. The software can create image of a volume or any specific region on the storage media. It can also clone disk for secure data recovery from failing RAID & Windows storage drives.

Special thanks to MrSzzs release…